All the buildings were the same. They were all white, all square, all with the same small windows. There were now plants, no animals...just...them...the humans.

The vampires had failed at their job of getting rid of the humans. They had failed, or rather, God had underestimated the humans. He thought that, perhaps, vampires were too powerfull, and that it wasn't fair, so he gave them a weakness - the sun. However, he was wrong, the humans were too strong and, soner or later, they destroyed the vampires. Now, God needed a new plan to get rid of them. How was it that humans didn't have any weaknesses? Perhaps their one weakness were their suicidal ways. Either way, after failing to save his world, he had no choice but to leave the world to fate.

The only other living species besides humans, were dogs, and maybe a few wolves too. The only way humans survived without food was by turing rocks into organic material in laboratories. That's how they've survived without animals or plants for all these centuries. Dogs were bred for the purpose of entertainment and testing in labs, but they were forbidden to be kept as pets so that nobody could ever feel sorry for the ones at the aren or in test labs. Some dogs were used in the war.

All in all, thigs were pretty grim...so grim that even God had given up on us...

The arena was full to day, as it was any sunday. Today, Jingo the Champion would be fighting another poor wolf who's trainer thought he could beat Jingo. Jingo was a ginger colored wolf, his armor was white, with decorations engraved as vines, leaves and swirls. His opponent, today, was caled Falchi. He was a golden yellow wolf with a white underbelly. He had no armor - he was just a runt. As Imber ripped him to shreads, Ricky, his coleague, watched from the cages.

Ricky was a brown dog with a white underbelly.

"Doesn't that idiot understand that he's gonnna get himself killed? Moron..." He muttered. "How?" The new pup asked. He had a greyish-bwon pelt and blue eyes. "Well, if he wins, which he will, he'll either be sent to fight in the army, or he'll, most likely, be sent to the war lab where they test the new weapons on the toughest wolves and dogs untill their devices manage to kill them." Ricky explained. "What?! But...mymmom used to say that there was a time when humans and dogs lived side by side..." The pup said. "Look, pup, those days are over, these days, we may aswell comit suicide...here, you either die in the arena, die at war, or die in the lab..." Ricky said. "But..." The pup began. "Hush, it's hard to accept, but it's true..." But...can't we do anything to change that?" The pup whimpered. "I dunno...maybe..." Ricky said, hopelessly. "Well...lets try!" The pup said. "It's not that easy.." Ricky began. "I don;t care, it's still worth a shot! We can die, or we can die trying!" The pup yelled, a bit angry.

Ricky thought he would throw up upon hearing those cheesy movie lines. "Fine..." He muttered. "The name's Ricky..." He said, looking at Imber and Falchi bare their teeh at each other. "I'm Kelari, but you can call me Kela..." The pup smiled. "Alright...by the way, Kelari... where's you mother from?" Ricky asked. "She's from the 'Borne to DIe' kennel." Kelari said. "Well, that makes sense, since we were all borne to die..." Ricky said. "Borne to die..." He muttered as he turned away, remebering his birthplace. "What was her name?" He asked. "Huh?" The pup asked. "Your mother...what's her name?" Rick asked as he turned to face the pup. "Her name was Kira..." The pup said. "Kira..." Ricky muttered. "Kelari, son of Kira..." He repeated. "So, I guess we're brothers...or...half brothers, depends on who your dad was." Rick said. "Huh?" The pup asked. "Kira was my mother too..." Ricky said. The pup's eyes widened. "She was?!" He smiled. "Yep...she told me to be brave and to be different, that if I was different, maybe I could change the world for the better..." Rick said. "That's what she told me!" Kelari said. Rick smiled as his optimism returned. "Well, let's make mom proud..." He muttered with a smile as he glanced at the sun, peaking through the cage bars. "Let's be different..." He said.

EDIT: I finally thought of a title! YAY! x3

Lol *starts thinking of what to write next* 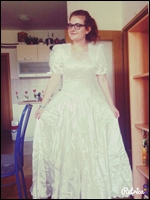 Lol, thanks. I'm trying to write chapter two now...but my inspiration went on vacation...*writers block* plus..my mom is bugging me with math X.x

But dun worry! I'll get it done!